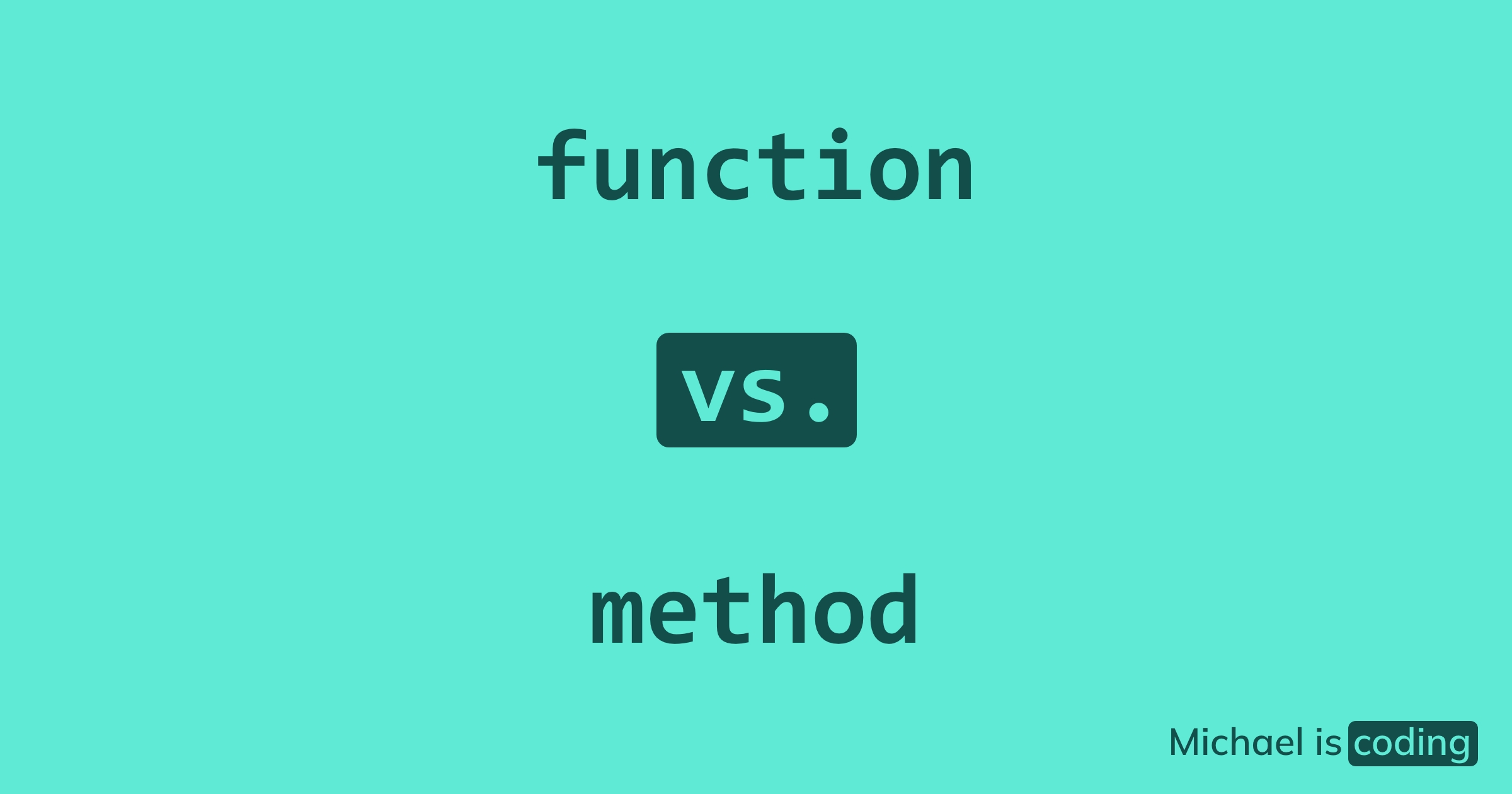 When reading documentation or programming articles, we often see mentions of functions and methods. While they are similar concepts, they’re not the same. It is essential to understand what the difference is.

A function is simply a block (or chunk) of a code with a name.

If we want to execute the same code multiple times or from multiple places, we put it into function and then call it by its name.

It might have parameters if we want to change the behaviour of the code in the function from the outside:

A method is also a block (or chunk) of code with a name, and it can also have parameters. But there is one big difference between function and method:

A method is always associated with a class.

Here is a method my_method in class MyClass:

To call method my_method, we first need to create an object from MyClass, and only then we can call the method:

We can also have static methods in Python. Static methods are associated with the class but do not need the object (instance) of that class. Hence they don’t have self parameter.

To use a static method, we don’t have to create an object first:

But we can still call it on the objects of that class too:

So, the difference between functions and methods is the following: